Get a healthy, gorgeous smile at Vatan Dental Group

How Laser Perio Surgery Can Help Your Gums 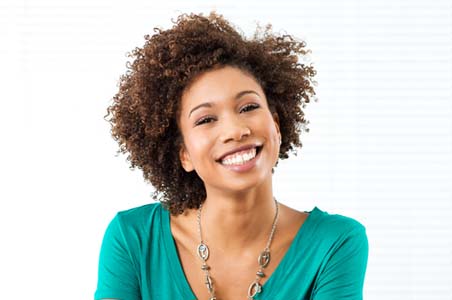 Laser perio surgery is one of the most significant advances science has made in the art of dentistry. For patients who suffer from gum disease, the invention of perio laser surgery has given them a treatment option that is far less intimidating than the traditional methods of treating these kinds of gum diseases. The traditional way of treating gum disease was to pull the gums away from the tooth and then use metal tools to scrape away the bacteria from under the gum. In addition to bacteria, we would also be scraping off plaque and tartar that formed on the tooth, hidden under a layer of gum. For many people who suffer from dental anxiety, the idea of having to have the gum pulled away and then the plaque and tartar scraped away is an extremely daunting prospect. Luckily, with laser surgery in periodontal procedures, we no longer have to resort to these kinds of methods. There are not many dentists who can offer laser periodontal surgery, so if you suffer from dental anxiety and have onset gum disease, it is highly recommended that you schedule an appointment to come in and get a consultation to figure out if laser periodontal surgery is the right option for you.

People who get perio laser surgery typically suffer from gum disease. Gum disease is an infection of the gum that starts off with plaque and eventually hardens to form tartar. As the tartar begins to accumulate on the teeth, it starts to have additional bacteria, which attack the soft tissue of the gums. This is the early stage of gum disease and is typically diagnosed with red swollen gums, bleeding, bad breath, and an unpleasant taste in the mouth from time to time. This early stage of gum disease, which can easily be treated with laser perio surgery, is called gingivitis. Left untreated, gingivitis can progress and become periodontitis. Periodontitis is a severe stage of the condition, where the bacteria will destroy both the gums and supporting bone structure. Small pockets will form where the gums have become separated from the teeth and surrounding bone. If periodontitis is not treated, it will result in tooth loss. Several other health conditions have also been associated with periodontitis, including heart attacks, stroke, and diabetes.

Laser perio surgery works because it removes the harmful bacteria with the help of a digital dental laser. By removing the harmful bacteria and diseased tissue from the gum pocket, we are able to start to repair the damage from the gum disease. In addition to repairing the damage done to the gums and the teeth by the gum disease, we also want to make sure to get rid of the infection and close up the infected pockets between the gum and teeth. A tiny laser fiber is inserted between the tooth and the gum, and the infection is cleared away by removing all the tissue that has become deceased. Next, we will use an ultrasonic scaler to remove any tartar that remains on the tooth’s root surface. All of this is done under local anesthesia to eliminate any potential of discomfort. Following this, a laser light is directed between the gum and the tooth, which helps reduce the bacteria and stimulates the body’s natural defense mechanisms.

To determine if this treatment is right for you, call and schedule a consultation.

Why Laser Dentistry Is Ideal for Pregnant Women and Diabetics

As a laser dentistry office in Los Angeles, we provide superior care in a way that is entirely comfortable and effective. We understand the value of preventative care and the role it plays in maintaining …

Laser Whitening Is An Improved Way to Whiten Teeth

Laser whitening is revolutionizing the way we whiten teeth. With laser whitening, we are able to speed up the process of whitening your teeth and give you the beautiful smile you want in a much …

Laser therapy for cold sores is the revolutionary way to deal with a problem that has plagued humanity for a long time. Cold sores are sometimes also called fever blisters and occur around the mouth … 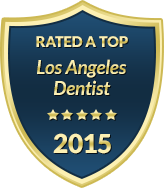